The personal story of the founders and the biography of L/L Research.

Carla encapsulated some of the story in an essay she wrote for the launch of Bring4th.org.

How Picasso’s drawing of Don Quixote came to be L/L Research’s logo.

Additional resources on the history and origins of the Ra Contact.

Images from the notebook with handwritten questions, mathematical formulas, and doodling.

The accessory objects helpful for Carla while serving as the instrument for the Ra Contact.

Read more about the silver flecks that have materialized around significant moments.

We share it due to its generally interesting nature, as well as the unintended humor.

In the 1950s and 60s, Don Elkins was a professor of physics at the University of Louisville, but he had larger questions about life and the universe that led him to study questions unanswered or just unaddressed by science, particularly regarding paranormal activities and UFOs. In 1961, this research led him to meet a fellow named Hal Price who gave Don what later came to be known as The Brown Notebook—a collection of channeled transcripts from a group in Detroit led by Walt Rogers who claimed to be in “telepathic” contact with the beings in the UFOs. After visiting this group in Detroit, Don decided to begin an experiment to reproduce this contact at home.

Toward that end, Don gathered twelve of his physics students from the Speed Scientific School and formed a meditation group to conduct an experiment. He wanted to see if he could transplant the protocols he had picked up from the Detroit Group in order to form a channeling group to receive Confederation contact. One of the students asked if his girlfriend could come along. She turned out to be Carla L. Rueckert.

After some false starts and challenges, along with an in-person visit from Walt Rogers to help the group, the twelve students began to develop as channels, receiving information and inspiration from entities calling themselves members of the Confederation of Planets in Service to the One Creator. 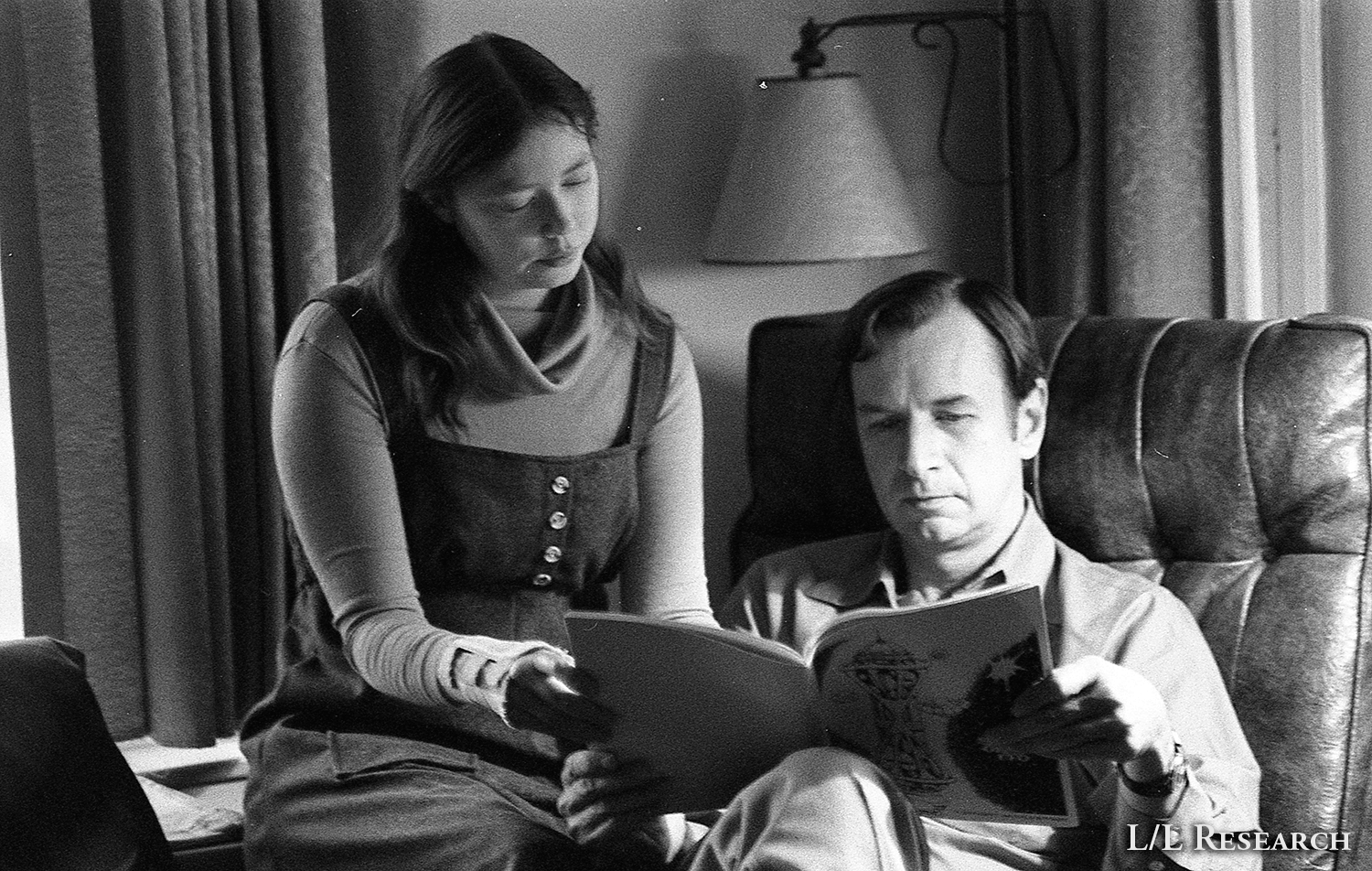 She returned in 1968 and soon after, Don moved in with her to consciously dedicate their lives to their mission as companions and research associates. In 1970 they formed L/L Research. (Named “the L/L Company” for its first several years.)

Their research continued alongside the ongoing channeling experiment until 1974 when all of the former students who had participated in the experiment had gone their separate ways. Though Carla had not channeled up to that point, Don requested that she take up the art so that the experiment could continue. Carla took to channeling naturally. She then began a years-long process to learn and refine the technique of receiving contact safely and consistently. Most notably she innovated the twin techniques which remain a hallmark of L/L Research channeling to this day: tuning the instrument and support group, and challenging the source. (Carla loved and lived to be of service-to-others as an instrument for the Confederation’s words. She continued in this service without interruption up until 2011 when a major spinal fusion surgery brought it to a halt.)

In 1977, Jim McCarty, living a life of solitude in a cabin in the Kentucky wilderness, heard Don and Carla speaking about their research on a local radio station. Through synchronicity, he was introduced to them in 1978, and after two years attending their regular channeling meditations, he moved in with them to join them in their research in 1980. 23 days after moving in, the Ra contact began. And the rest, as they say, is history.

“The message of Ra was the same as all of the Confederation sources offered, yet because of the clarity and precision of Ra’s words and the impeccable questioning done by Don Elkins, the five books of the Ra sessions stand out as the very best information which L/L Research has ever generated. The Law of One series is the heart of our offering to the world.” — Carla L. Rueckert

For a deeper dive into L/L Research’s history, please read Tilting at Windmills, which offers an in-depth biographical examination at L/L Research and the lives of Don, Carla, and Jim. You may also explore the timeline of our history that includes these events and many more.

The mission that the original members of L/L Research put into motion in the events described above continues unbroken to this day. As of 2021, we are fortunate that Jim McCarty is still with us and very active in that mission.

Don and Carla on Bill Tush’s “Open Up” program (TBS)

Interview on WIEL in Louisville, KY

Fun fact: The WKQQ interview was the one that Jim heard on his battery-powered radio while living on his wilderness tract of land. It was the first time he heard of Don Elkins and Carla Rueckert.

That which inspired L/L Research’s channeling